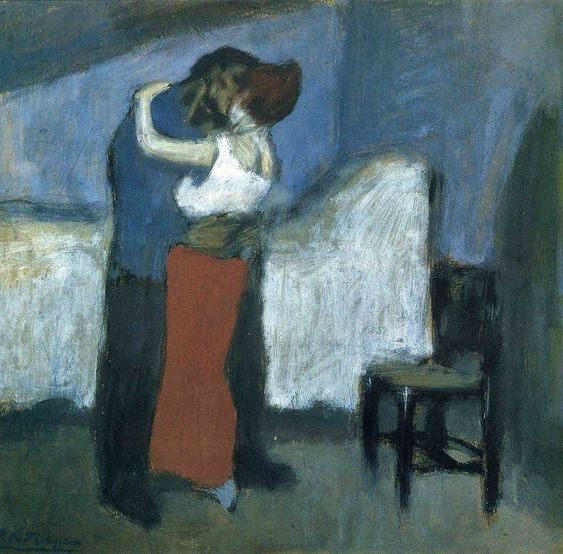 ’cause I’ll slip off from you soon

and as the clouds cover the moon

we kiss and spoon.

’cause our souls are meant to be

and as it snows inside of me

your love warms my sea

and never let me go

’cause you are the snow to my fire

and as the blues of my heart burn dire

I graduated yesterday. These were two beautiful two years of being in school. I think I utilised every bit of the American college experience. I remember the time when I wanted to pursue this degree in my home country and was told that I would never be allowed to pursue it. I am glad that I proved them wrong. You can learn anything at any age or at any point of your life. I believe that restricting someone’s opportunity to learn and grow makes you a shitty academician and person.

Today onwards for the next one month I will reflect on what I have learnt, where I want to be and what step am I at, to achieving the goals I have set for myself. Yes, I am one more step closer to where I want to be and there are a lot of steps which are still unknown and hidden but I hope that with persistence and hard work I will find them. Today I am celebrating being one step closer to my dreams and want you to know that you can do anything and YOU are the one that can make things happen for yourself.

YOU are unstoppable, YOU are brilliant and YOU deserve everything that you wish for from this life. 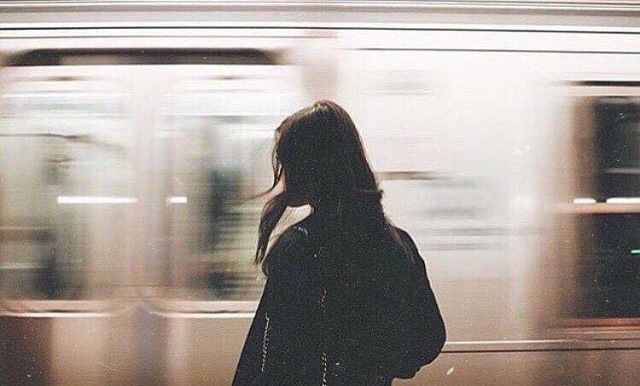 I hate transitions, the unknown, the darkness as if someone has blinded me. Being a Type A personality I always want to be in control all the time of every situation which makes it difficult to not know the future. I am one of those people who first watches spoilers before watching a suspense or a mystery. I hate transitions, I want to be constantly occupied because I am afraid that if I have time to do nothing I might move back to darkness. I hate transitions, I think I have lost my ability to be completely happy because I am always fearful. I wish I had all the answers but then where do I find the spoilers for my life story?

Playing this week on loop: 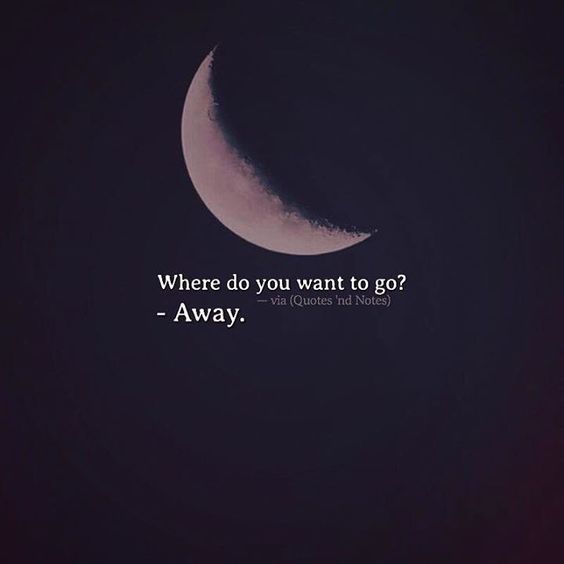 I am sitting in my cozy home under the skylight today as Curtains plays in the background. Today after weeks I cried on the bus as I was on my way to school. I saw a man today on the street, he was shouting and then broke down and cried. This reminded me of the time when I was trapped by my mind. My mother is going through the same for a year now…you feel like you are in a dark place and there is no escape. I am so away from her and wish I could take away all the pain that is flowing through her mind.

We always give so much importance to physical health but never to mental health. Depression is a serious mental health concern and you should never be afraid to seek help. I hope I will convince my mom to seek help, I hope she will find a place to release her pain and the unspoken words which run through her mind day and night. I pray today for all the people who are trapped within their mind, I pray that you free yourself…I pray that you find the love within you again…I pray that you feel the light within you again.

Today my blog is five years old. I didn’t even realise this until Roo wished me Happy Birthday in the morning. If someone is reading this today, I want to request you to be kind to people who are depressed or are suffering from a mental health concern…I request you to pray for them, I request you to show them a little more love. 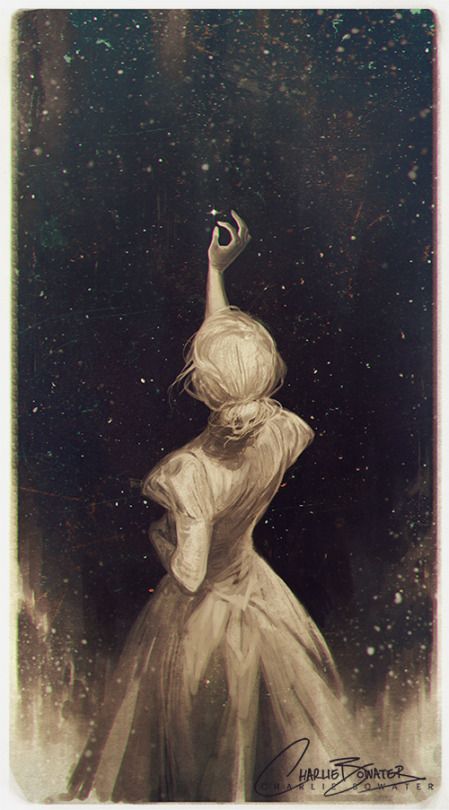 Though my soul may set in darkness, it will rise in perfect light;
I have loved the stars too fondly to be fearful of the night.

We really have no control of when we will die but we have control on how we want to be remembered, how much love we have shared, how kind we are everyday, how grateful we can be to the universe. A few days back I received the message of the death of one of my school friends. It shook me deeply and I realised that no matter where ever she is, she should be proud that she is remembered with so much love in all of our hearts and she will be terribly missed because of her positive actions and the dynamic soul that she was. My mom once told me like a lot of moms I know, that we become stars when we die, we become the part of the constellation of stars that twinkle every night, I still believe that we do become stars which reside in the hearts of the ones we love when we leave the earth.

Rest in Peace my friend.

You are a winner today even if you are not here because you lived your life with passion, love and grace and left a love filled remembrance in all of our hearts.

There was nothing here breaking

Only empty pieces of mind lying on the mosaic floor

Sometimes she wandered in the dark

To hear what fears lied inside of her

Sometimes it broke her heart

Sometimes made her aghast

But then nothing here was breaking

Except the notions of fear and the fear itself

When did the red fade and started flowing in her veins

As if the lava melted inside her skin

But then nothing here was breaking

Except the volcanoes of her mind

All that she thought she knew,

All that she thought she will never know

And nothing here was breaking

Except her own notions.

Playing in my head these days is Jacoo again. I would like to listen to Jacoo live. 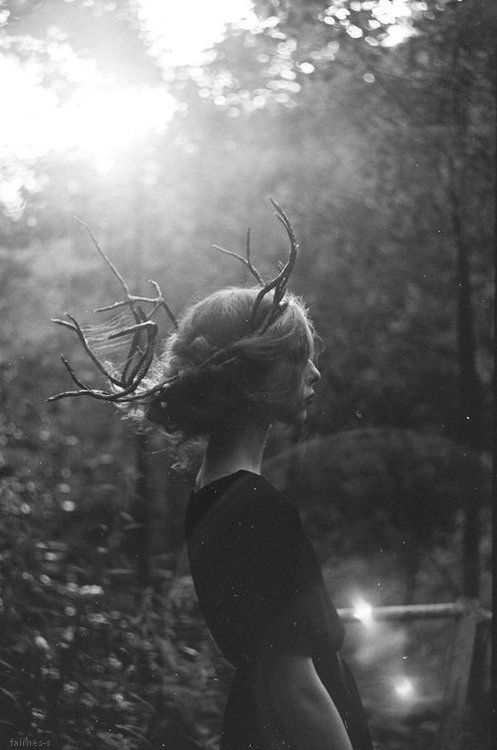 How strange is the energy I feel at certain places. I have been entering buildings, closing my eyes and absorbing their energies within. Its so strange that I am in a constant conversation with nature around me. There are people and then there are buildings, telling me their stories, the people who touched them, the air that they breathed, the trees that loved them, the earth which soaked them in. There were a million memories that the corridors witnessed within themselves, the laughter, the unnoticed pain, the secret crush, the curiosity to learn and change the world, the solutions to a million problems, the faith in the future.

There is someone who lives near my house who plays piano every morning and initially i was annoyed by it but now sometimes when I sit in silence and hear, I realize how beautifully meaningful a tune can be…it pours the energies from the fingertips to the universe, it is cyclic. These days my meditations are filled with gratitude and nothing else.

I am just grateful for the silence within me and outside me.

I have been singing Thievery Corporation since yesterday:

My mind is here. My heart is there.

As the Indian rains hit my skin

I save a few drops in my eyes

and wait for this journey to begin

And as my poetry hits new lows

I know this is just the beginning of an epic show.

Yes, my poetry skills have hit lows as low as the low they can ever get to. But talking of lows, I have been pretty low since a lot of months lately, oh well life! But then things suddenly are moving too fast and the sloth brain of mine is trying its best to catch up! Yes I am moving! I am moving to the states!  As I pack my travel shoes and prepare to run wild with Roo for the rest of my life, I wonder at life. I wonder at the surprises it throws, the protection that the universe gives me, the love that I feel for everyone around me, the kindness I am always filled with and the kindness I see within every living being I meet and experience. There are questions within me today. Will America change me? Can a country really change you? I think travel does change a person but don’t believe that a country can!? Well, we will see! I hope the change and transformation enriches me and makes me a better person! In August, I fly to London and then America! Bye Bye motherland…I will miss your touch on my skin, your immense love and madness. I hope I will make you proud. 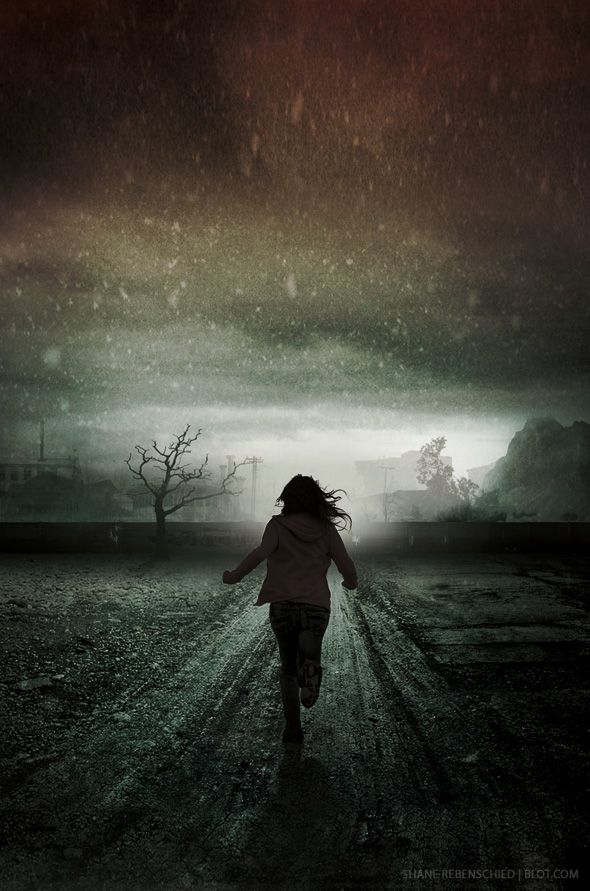 I ran towards the light

Home. I have searched for home all my life, a place where I can be myself, where I will not be judged, where I can relax and just be in the moment. I searched for home in places, in people, in things but I finally found home in myself. When I meditate, I feel I am home. I feel like I have the whole universe inside me and everything that I have searched for is within me. All I have to do is to be myself and I will be home. I recently read a book by Orhan Pamuk called ‘The Black Book’, initially I didn’t understand it, found it too complex and dark; but after I finished the book, it struck me and it urged me to write this post. I was always fearful, fearful of what others thought of me, what was right and what was wrong but since the past 3 years of spiritual practice I feel like I have broken through my physicality and not afraid anymore. I want to create my own reality and tonight that is what surrounds me, the thought that I can be myself and allow the universe to experience the reality that I have come here to establish. I feel grateful each day for this life. Sometimes I feel like I am being held lovingly and being protected. There are also days when I lose all of my positivity and think of thoughts that make me feel down but then in those times Roo lifts me up again and reminds me of the beautiful life we have been given. I am still fearful sometimes but today from this moment I promise myself that I will not be fearful. I will be myself. I am home.

My all time favourite song is May be tomorrow by Stereophonics. When I heard this song the first time, I knew this was my song. I feel a very powerful  belongingness to this song. 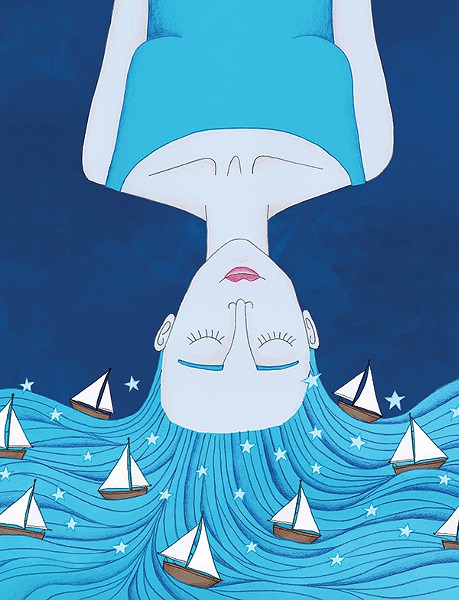 She walked through the grass, entered the corridor that had a million memories attached, people smiling, drunk friends making a ruckus in the middle of the night, fleeting kisses, missed handshakes. As the world passed through her eyes, she walked with emptiness in her eyes. She reached the white door of her house, the one holding in her objects of memories, her dreams that remained dreams and dreams that became things. As she softly clicked open the door, she could smell the warm scent of the apple cinnamon candle that she had lit up last night. The windows were shut and the blinds drawn. She liked the blinds shut during days like these. She lay on her bed and as her eyes closed all she could see was a pool of dark and nothing else. She smiled to herself and realised that she was finally empty and empty was beautiful.

This is the first post I had written on my blog: